Blog - Latest News
You are here: Home / Kink/BDSM / Beyond 50 Shades / Diary of a Sex Clown: Life Lessons from a Clown Fetishist

Upon meeting a prospective partner in a coffee shop or at the corner bar, they often become “Coffee Shop Hottie” or “Corner Bar Dude” in casual conversation amongst friends.  When I first met the love of my life, my best friend and I secretly referred to him as “The Sex Clown.”

We met on Fetlife. I was kinky, he was kinky. I saw photos of his most intimate moments and read about his dirtiest fantasies before I even knew him.  That’s one thing I appreciate about dating within the fetish community— everything is out on the table which ensures better sexual compatibility.   After we started dating I kept thinking “Ken is awesome, dare I say perfect! He’s kind, caring, smart, funny and successful.  I get him, I like him a lot both in and out of bed.  We’re into many of the same kinks— the spanking, choking, the fondness for oral and masturbation . . . but . . . I just don’t understand the clown thing!”

After looking at his various online profiles, I learned Ken had an alter ego named Kreamy the Clown.  Kreamy was a crass, dirty old man with no internal dialogue.  He regularly appeared at fetish events, parties and performed as an opening act for the Smashing Pumpkins last show.  One of his big draws was teaching classes in Balloon Bondage. Kreamy seemed like a pretty credible clown, as far as clowns and their credibility go.

I also discovered Kreamy had an even darker side. He liked to do filthy, filthy, hot things to beautiful, frightened ladies.

Ken seemed so normal . . . but everything I had ever heard about clown fetish made it sound so abnormal. Something did not compute.

I didn’t know how to approach the subject of clown fetish with Ken.  How do I bring it up without appearing judgmental or insulting?  I simply wanted to know more so I could understand it.  On our first date I took a deep breath and blurted out, “Soooo . . . uh . . . what’s with this clown thing?  I don’t get it.”

Ken explained it started with a childhood association (as many kinks and fetishes do).  Some of his first memories were going to The Shriners Circus and being enthralled by the trapeze and tightrope girls.  Those women played an important role in his first sexual fantasies.  As a result, the entire circus genre became appealing to him, including the clowns.

Coulrophobia  is the fear of clowns and it’s incredibly common.  Clowns are often depicted as terrifying characters.  A glimpse of Pennywise from Stephen King’s It is enough to make even the most courageous person run away screaming.   People become crippled with fear looking at photos of serial killer John Wayne Gacy dressed as Pogo The Clown.  Most of us, no matter how bad-asssed we think we are, still get freaked out by that creepy rocking chair clown from Poltergeist.

Aside from negative media portrayals, a good part of what makes us so afraid of clowns are the masks and make-up.  We normally communicate heavily through on non-verbal cues like facial expression. When we interact with someone whose face is obscured we often become confused, uneasy or downright scared.  Think of fictional characters like Friday the 13th’s Jason or Michael Meyers from the Halloween movies— isn’t the mask (or more correctly, lack of a face) part of what makes them so damn petrifying?

Ken also explained dressing as a different character during an S&M scene was the ultimate role-playing experience.  It’s not only liberating to completely become someone else but even more so when that someone is associated with fear, pain and/or inappropriateness.

Lastly, sceneing as a clown is just plain FUN.  Clown role-playing doesn’t have to be scary.  Sex is so darn serious. It’s the norm in our culture to feel ashamed if you accidentally do something silly while getting it on.  As a clown you can embrace that silliness.  Spank your lover with a rubber chicken (those things really sting!).  Put whipped cream on your cock and have your giggling lover lick it off.  If you fall off the bed, no need to feel embarrassed– just belt out a goofy laugh and hop back up.  “Pie in the face” takes on a whole new meaning when you’re getting down with a clown. The possibilities for uninhibited laughter are endless.

It took me a while to digest this.  I liked it but I wasn’t exactly sure why.  I am not at all scared of clowns, I actually dig them (Cookie from The Bozo Show, I still have a crush on you but never told anyone for fear I’d be considered weird!).  In my book, sexy time is also best enjoyed when silly and fun.  I need to be laughing and goofing off when I fuck.  Most of my previous lovers found this off-putting.  They’d be ready for some serious, soap-operaesque love making and I’d be lying under them making funny faces and giggling. I always felt ashamed I couldn’t act as serious as my partners.

I also love balloons and the carnival atmosphere but never pondered how they might affect my sexuality. Growing up my mom was “The Balloon Lady of Lincoln Park.” Yep, she sold gigantic helium filled balloons.  So did I as my high school summer job.  I grew up with balloons, popcorn machines, working at summer festivals, eating fried twinkies on a stick— the whole nine yards.

Over time, the more I thought about clown fetish, the more I could relate.  The thing that kept tripping me up, though, was I had never dressed as a clown in my life.  Could I immerse myself fully into another persona like that?

Then it hit me!  I couldn’t believe I forgot about such a major part of my childhood.  As a kid . . . I WAS A MIME!  In 6th and 7th grade I was in a park district mime troupe.  The troupe was called “It’s all Mime” (don’t laugh).  I loved it!  It was the first time in my life I had performed for an audience and it inspired me to pursue performing arts in high school.

After dating about six months I told Ken I’d be interested in doing a clown scene with him. I could be a clown too— I’d be a mime!  His jaw hit the floor. “NOOOO! MIMES ARE THE NATURAL ENEMY OF CLOWNS!” Ken proceeded to tell me as a clown, it was his duty to torture and break every mime he encountered.  Apparently clowns have hated mimes since the dawn of time. I had no idea. As he continued to tell me about all the dirty and horrible things he’d have to do to me if I dared to dress as a mime, I grew wetter and wetter.

Over the next few weeks I masturbated feverously to the thought of Ken violating and besmirching my innocent, virginal mimeyness.  In my fantasies, he tried everything he could to break my eternal silence.  Sometimes he’d use torture (which for clowns is tickling, pies in the face, incessant honking horns, over-the-knee spankings, etc.). Sometimes he’d use colorful toys and expert tricks until I shrieked with intense pleasure.  I fantasized that he was trying to fuck the mime right out of me.  It was hot.  Really hot.  Sooooo super hot. I masturbated that month incessantly.

Finally the time came.  We were going to a dungeon party where we’d do a public clown vs. mime scene.  It was hilarious! This was the first time I saw Ken all decked out as Kreamy.  He tied me up with balloon bondage, spanked me with a rubber chicken and forced me to busy myself with all sorts of silly mime scenarios in the midst of all the party guests.  “Crawl around the floor as if you’re falling off the world trying to hang on,”  “Stand in the corner locked in a box,” “Go catch invisible fireflies,” etc. We laughed nonstop that night!

Through that experience I discovered it was a lot more difficult for my 30-something year old self to refrain from talking than it was for my 12 year old self. The “It’s all Mime” days were over– I was the talk-iest mime ever.  I also make a terrible submissive.  Although I enjoy a little time under a rubber chicken and tasting funny clown cock, I would have prefered having my own helpless mime.

I did get to do a mini-scene with someone who was afraid of mimes and clowns that evening. She was so terrified and I felt so powerful— it was a rush!  All I had to do was walk in the room and she’d start to cry and quiver. Next time I was ready to be full-on clown.

A few months later we threw an all clown sexy dungeon party.  We locked people up in cages with balloons and tickled them, ate cotton candy, had dirty contests and relay races, ate birthday cake off of another naked clown, made subs worship our giant clown shoes and tied people up with balloon bondage. I had never had that much fun in a dungeon!  My cheeks hurt the next day from all the smiling and laughing.

During the middle of the party it hit me like a ton of bricks . . . I GOT IT! I finally understood why being a sex clown was so damn awesome.  It’s not the costumes, the objects or the makeup that make clown fetish fun. It’s all about the feeling it creates.  Everything a cheerful clown does is all encompassing and fills them from head to toe with joy.  When you’re wearing clown gear nothing else but the immediate matters.  You can forget about the rent that needs to be paid, the groceries you have to buy and focus completely on the silliness and enjoyment.

We were a room full of giggly, uninhibited, ridiculously happy people.   For just a few hours we got to escape all of our responsibilities and all the arbitrary rules we’re supposed to follow in order to be considered polite— and we did it in a fun, constructive, positive manner.  Usually when you throw all the rules away there’s chaos.  When you’re a clown and throw away all the rules, all that’s left is silliness and joy.

As for clown sex– sex by itself is an incredibly silly act. We put ourselves in goofy positions, make ridiculous faces, shriek out crazy noises and (heaven forbid!) queef.  Trying to not look fat, stupid, make bizarre sounds or pussy fart during sex is impossible.  Preoccupying yourself with those worries takes the enjoyment out of sex and replaces it with anxiety.  Although this type of nervous, self conscious sex is our society’s norm, it always seemed unnatural to me.  The approach of a clown fetishist is much more my style.

One key element of clowning we always make sure to include in our private moments is the attitude.  Whether dressed in clown gear or not, being uninhibited and happy each and every time is vital. We should never be afraid to laugh, even at ourselves, during our most vulnerable and precious moments.

Next time you have sex, try going about with the approach of a clown.  You just might like it! 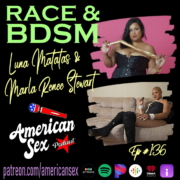 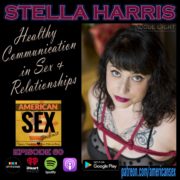 The Vanilla vs. Kink Crossover