Service top and topping from the bottom are two terms many in the kink community know, but few fully understand. These words have come to take on meaning that has negative connotations and are forcing people into uncomfortable roles that could be damaging consent.

My history of service to others

Nearly 2 decades ago I started on my journey into the world of kink and BDSM. I knew I needed to pick a role, but I didn’t know which I was “supposed” to pick. So I thought about it long and hard. I have always been someone involved in service my entire life. I was a long time volunteer in high school, a counselor at summer camp, and had always tutored those that needed it for free. In college  I taught life skills classes to special needs kids as a volunteer because it was the right thing for me to do, not for credit or money, it was just right. Many of the men in my family also joined military service, myself included. I decide to join the Air Force as a medic. Even in the service I was a volunteer, and decided to not only learn about paramedicine as a job, but taught CPR, basic first aid, and first responder classes for others who weren’t medics that needed those skills.

I decided to become a submissive so that I could serve others. I figured if I was ever going to change roles, I would need to know what things felt like before I could do them to other people.

I decided to reconnect with the feeling she gave me by organizing parties where I would serve around 8 to 10 women and their feet. Some of them were lifestyle people, some pro-dommes, some were women who weren’t kinky at all, but wanted to be served this way by me. It was very ritualistic for me; I had a towel for each woman’s feet so that they would never touch the ground until I was done, I had fancy organic foot scrubs, pedicure equipment, invigorating foot lotion, toe nail polish kit, etc. In my spare time I started studying about pressure points in the feet to become a better servant and rock star foot masseuse.

Herein is where my problems started. I was very obsessive and compulsive about my kink, but also incredibly bossy. I would start with one woman, a pro-domme, by scrubbing, then washing, then a pedicure, lotioning then finally massaging her feet. Often, in the middle of the process, as pro-dommes do, she would do something other than what I wanted. I would tell her, “Sit down, shut up and let me serve you, mistress!” This totally shocked her as I was not intentionally rude about it, but she interrupted my perfect zen flow of service. Rather than be upset, she laughed and said, “You’re not a sub, you’re a foot top!” I was pissed, “No I am not ma’am, I am a submissive!”, I yelled back forcefully. She laughed more. I figured out pretty soon, I was a top, not a bottom.

I really like serving other people’s needs while topping them. I was told by many people wiser and more experienced than myself that this was bad. I said to myself, “Fuck that, this is my life I will top my way.”  I became a sadistic, dominant, service top.

Now think about yourself. No matter how much or how little experience you have. Reflect on what channeled your path to the place you have in kink today. Maybe you too started as a bottom but now are a top. All of this formed who you are, how you play, and who you play with.

Fuck. There was nothing out there except for a blog post by my friend, Clarisse Thorn and a wikipedia article, that was pretty much it. After reading these two pieces, and doing research by sifting through people’s writings on Fetlife, I came up with my own ideas about the subject.

I finally had a Eureka moment! Both of the processes of being a “service top” and “topping from the bottom” are really inverse power exchanges. In some circles of the BDSM community, they are also curse words. A “service top” is someone who takes the active role in the power exchange, yet is told what to do from the passive participant (the bottom). This role of top being told what to do during a scene by the bottom can be seen by some as weak willed. On the other side of the coin, someone that “tops from the bottom” is the passive participant in a scene that orders the active partner what to do, and how to do it. This can be seen as uppity or bratty, especially by some pro-dommes.

The overall category of the active participant in a scene (the person who does the activities), or top, consists of three parts: sadism, dominance, and being a service top. All people that identify as a top can fit comfortably somewhere that spectrum. A pro-domme is often times equal parts sadist, dominant, and service top and is a great example of where one top’s archetype falls in this spectrum.

I thought long and hard about how to explain this theory. Another Eureka moment! Safewords! Safewords are the best way to express this concept as a practical example. A safeword is a word, or words, used by the passive participant, or bottom, to stop play because something is physically or mentally wrong. This word might be “Red”, “Banana”, or “Rutabaga Einstein Spleen”.

A dominant obeys and stops the scene when a safeword is called because that is the agreed upon protocol. A sadist may ignore the safeword because they get enjoyment from their submissive’s misery. A service top may choose not to use safewords with their subs, because they will stop when the submissive says, “Stop!”, will go to the left when told, “Go to the left!” etc.

As a top, you should think about where you fit into this whole scheme. Perhaps you are a daddy dom that is one part service top and one part sadist. Maybe you are a rope top that is purely a dominant. Think about your style of play and this will help you find out a bit more about yourself.

A masochist won’t safeword. A submissive will safeword when appropriate. People that top from the bottom don’t really use safewords. Instead they tell the top when to stop, but in a passive way yet expect to be listened to.

What bottom archetype are you? I gave a lecture on this subject at recent munch (at Munchzilla in Chicago.  A munch is a public networking event for people who are kinky or kink curious.) and a lovely young lady asked me, “I’m a brat, where do I fit in?” This was a perfect example! A  brat is one part masochist and one part top from the bottom, but rarely ever a submissive at all.

There is no one true way to fulfill a role. Don’t let anyone police what or who you are. Like a $20 dollar bill that is folded in half, then wrinkled up and stuffed in a pocket, you still have the same value as you always did,  yet you change shape over time. Even though it’s fun to figure out what you are called or identify with, ditch the labels and the meaning behind them and carve out YOUR way to be a top (or a sub).

I want to reiterate that anyone that has played with me knows how dominant and sadistic I can be, but if my babygirl looks ouchy in the “wrong” way, I turn into a Jewish Grandmother. This does not make me weak, it is simply who I am, a service top (with sadistic and dominant tendencies). 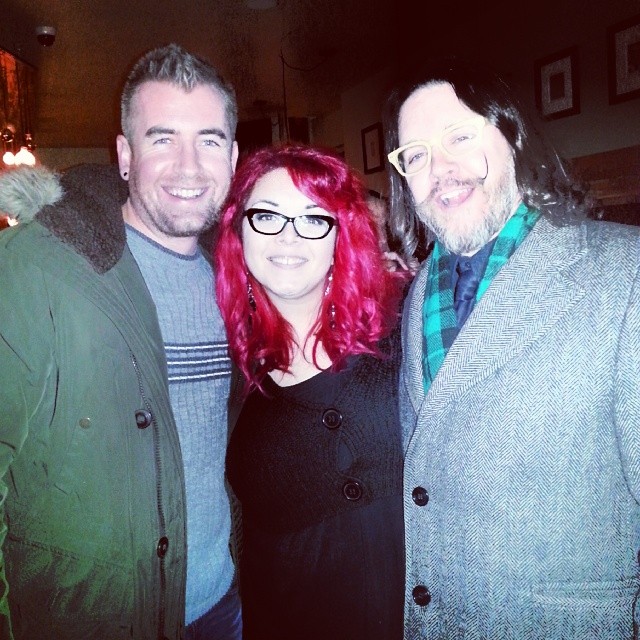 Verspanken Review: Is It The Best Male Masturbator?
1 reply