Neil Steinberg, of the Chicago Sun-Times published an editorial regarding Northwestern University Fucksawgate last night.  Jim Marcus e-mailed the response below to Neil but is unsure if it will be published in its entirety.  There’s a good chance it won’t be published at all.

Unfortunately, the four of us have learned the hard way over the last three crazy days that nearly all the major news outlets, rather than publish facts, run with short sound bites and clips taken out of context.  The event, as presented in mainstream media, is a far cry from what really happened.  And, like the game of telephone, when that story gets told to two media outlets, they go on to tell two media outlets and so on and so on, you end up with a completely different story than what you started out with.

I understand why the media does it.  The hype and the ratings will fall if the controversy goes away.  Sex and controversy sell.  They sell BIG.  Ultimately, the media is in the money business.   It’s sad, by nature of its design, media isn’t structured to put the truth first. If the truth was told and accurately represented from the get-go on this, it would have never become an issue.  I suppose I can’t totally hold it against the media, they are just trying to do their job.  I’m just sorry it took me so long to remember the media’s job, first and foremost, is generating revenue.

I’m posting Jim’s response here in hopes it will be seen.  I will also, in the coming days, be posting responses to other accusations and falsehoods that are flooding the internet.  I have a lot to say on the matter. The Northwestern fucksaw controversy has gotten way out of hand.  Hopefully we can help give it a bit more perspective so it can live out its lifecycle and die.

I appreciate your position and hope you will understand if I don’t agree. I think you made a poor case for why the reputation of Northwestern University will be sullied by this non-incident in an ongoing way. Disseminating actual information may be more valuable than your invocation that we “trust you” and your assessment. I don’t know you personally any more than you know me, but in my defense, I’m also refraining from calling you a “deviant” as you did me.

Equating it to the Kent State tragedy was probably the weakest part of your argument. I may be naive but I have a suspicion that a large majority of Americans will recognize the difference between a consensual act between adults, performed in front of consenting adults, that hurt no one and a bloody massacre perpetrated against peaceful students by an overzealous state guard cadre, spraying ordnance into a crowd, killing four students and brutally wounding 9 more, one of whom was left paralyzed. This may be just exactly the tiny nuance that educated people respond to and possibly call you out for. The kind of people who knew what “per annum” meant before you insulted them.

I don’t blame you for not having the facts of this. So far, just about all of the media outlets have been unable to use the words “g-spot” or “female ejaculation” in their coverage of this story, meaning that the distinction between clitoral orgasm and vaginal orgasm has been lost on nearly everyone. This, on its own, has been enough to make me feel as though what we did was justified. Your readers are adults. Please treat them this way.

Shame on you. Shame on you for being considerably less respectful than the room full of students you are infantilizing. Shame on you for asking less intelligent questions than they did. And, I suppose, shame on you for failing to recognize the collateral difference between a presentation like the one we did and a call to drown puppies. This may be one of the least lucid parts of your article, out of nearly every other false equivalency you attempted.

Shame on you, most of all, for suggesting that you would look at professor Bailey with resentment if you were there working on Nano-Technology or old world Slavonic. I suspect he would look at your efforts to expand those fields with respect and admiration, minus the judgment and disdain that you choose to level at him. He is part of a group of people trying to help people have better, more fulfilling, more responsible, consensual, safe, and meaningful sex, and training people to be a part of that. If you don’t see the value of that we may have no ideological overlap at all.

10 Things to Read After 50 Shades of Grey 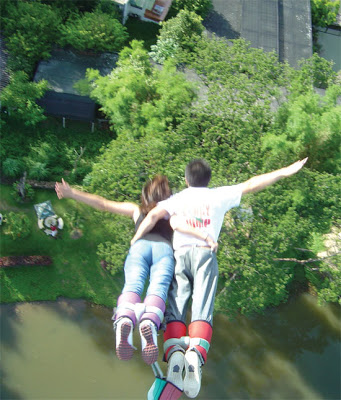 15 Easy, Simple, Quick Tactics to Increase Playtime in Your Relationship