My very first exposure to Gloria Steinem was reading this article (below). If Men Could Menstruate was first published in the Oct 1978 issue of Ms. Magazine. It was probably in 1987 or so when I first stumbled across it.  I was a sophomore or junior in high school at the time.

Reading this essay was the very first time I felt validated in my suspicions that the world wasn’t balanced.  Although I was told I could do anything, be anything, and my value was equal to that of a man, I knew deep down that really wasn’t true.  What I was told and my day-to-day experiences were two very different things.

If Men Could Menstruate

A white minority of the world has spent centuries conning us into thinking that a white skin makes people superior – even though the only thing it really does is make them more subject to ultraviolet rays and to wrinkles. Male human beings have built whole cultures around the idea that penis envy is “natural” to women – though having such an unprotected organ might be said to make men vulnerable, and the power to give birth makes womb envy at least as logical.

What would happen, for instance, if suddenly, magically, men could menstruate and women could not?

The answer is clear – menstruation would become an enviable, boast-worthy, masculine event:

Men would brag about how long and how much.

Boys would mark the onset of menses, that longed-for proof of manhood, with religious ritual and stag parties.

Congress would fund a National Institute of Dysmenorrhea to help stamp out monthly discomforts.

Sanitary supplies would be federally funded and free. (Of course, some men would still pay for the prestige of commercial brands such as John Wayne Tampons, Muhammad Ali’s Rope-a-dope Pads, Joe Namath Jock Shields – “For Those Light Bachelor Days,” and Robert “Baretta” Blake Maxi-Pads.)

Military men, right-wing politicians, and religious fundamentalists would cite menstruation (“men-struation”) as proof that only men could serve in the Army (“you have to give blood to take blood”), occupy political office (“can women be aggressive without that steadfast cycle governed by the planet Mars?”), be priest and ministers (“how could a woman give her blood for our sins?”) or rabbis (“without the monthly loss of impurities, women remain unclean”).

Male radicals, left-wing politicians, mystics, however, would insist that women are equal, just different, and that any woman could enter their ranks if she were willing to self-inflict a major wound every month (“you MUST give blood for the revolution”), recognize the preeminence of menstrual issues, or subordinate her selfness to all men in their Cycle of Enlightenment. Street guys would brag (“I’m a three pad man”) or answer praise from a buddy (“Man, you lookin’ good!”) by giving fives and saying, “Yeah, man, I’m on the rag!” TV shows would treat the subject at length. (“Happy Days”: Richie and Potsie try to convince Fonzie that he is still “The Fonz,” though he has missed two periods in a row.) So would newspapers. (SHARK SCARE THREATENS MENSTRUATING MEN. JUDGE CITES MONTHLY STRESS IN PARDONING RAPIST.) And movies. (Newman and Redford in “Blood Brothers”!)

Men would convince women that intercourse was more pleasurable at “that time of the month.” Lesbians would be said to fear blood and therefore life itself – though probably only because they needed a good menstruating man.

Of course, male intellectuals would offer the most moral and logical arguments. How could a woman master any discipline that demanded a sense of time, space, mathematics, or measurement, for instance, without that in-built gift for measuring the cycles of the moon and planets – and thus for measuring anything at all? In the rarefied fields of philosophy and religion, could women compensate for missing the rhythm of the universe? Or for their lack of symbolic death-and-resurrection every month?

Liberal males in every field would try to be kind: the fact that “these people” have no gift for measuring life or connecting to the universe, the liberals would explain, should be punishment enough.

And how would women be trained to react? One can imagine traditional women agreeing to all arguments with a staunch and smiling masochism. (“The ERA would force housewives to wound themselves every month”: Phyllis Schlafly. “Your husband’s blood is as sacred as that of Jesus – and so sexy, too!”: Marabel Morgan.) Reformers and Queen Bees would try to imitate men, and pretend to have a monthly cycle. All feminists would explain endlessly that men, too, needed to be liberated from the false idea of Martian aggressiveness, just as women needed to escape the bonds of menses envy. Radical feminist would add that the oppression of the nonmenstrual was the pattern for all other oppressions (“Vampires were our first freedom fighters!”) Cultural feminists would develop a bloodless imagery in art and literature. Socialist feminists would insist that only under capitalism would men be able to monopolize menstrual blood … .

In fact, if men could menstruate, the power justifications could probably go on forever.

If we let them.

Here is s short on Gloria Steinem from the PBS Makers series:

This is a funny little video based on an adaptation of this essay: 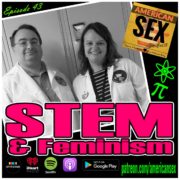 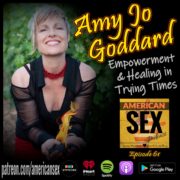 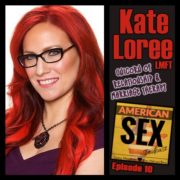 The Truth about Silicone Lube