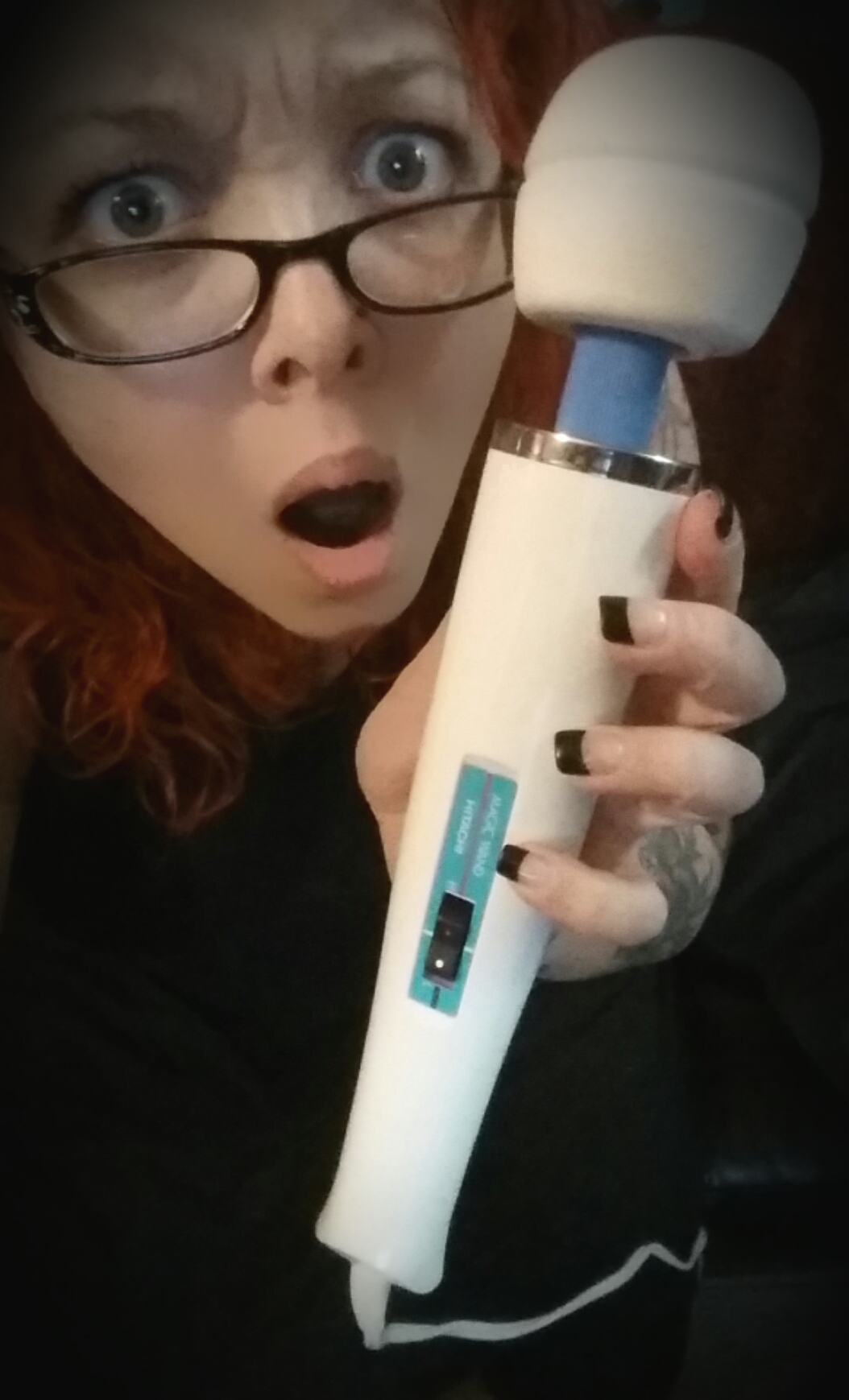 WHAT!?!? You mean my precious Magic Wand might be FAKE!?!? (Spoiler: I checked. It’s authentic! Rejoice!)

If you’re like me, you like a good deal. I rarely pay full price for anything and I’m always hunting for the best sales. This is also true for sex toys. Why pay full price when I can snatch up the latest and greatest devices at 30, 40 or 50% off on the internet, right?

I’ve recently learned when it comes to sex toys that strategy can bite me in the ass and ruin my orgasms (it might even melt my vagina but we’ll get to that later). It can for you too. You know that great discount on you found on Amazon or eBay? It’s most likely a cheap knock-off. It turns out the counterfeit sex toy market is a booming business. The DailyDot ran an article on sex toy piracy last year. This Kinkly article explains how easily and frequently it happens.

Buying a knock-off vibrator isn’t as simple as buying a knock-off purse. A purse that looks “real enough” might satisfy you but with pleasure products, looks alone don’t cut it. Counterfeit sex toys are notoriously poorly constructed. They are often made with toxic materials and their internal mechanics aren’t up to snuff– meaning their vibrations are weaker, they break easily, and in some cases can be dangerous. I’ve heard horror stories about toys melting, shorting out, or catching on fire! I certainly don’t want to rub something that questionable all over my most precious areas. Also, if those knock-off toys have weak vibrations, forget it. I want to be certain I get the most power possible considering it practically takes a jackhammer for me to orgasm.

One of the most counterfeited toys is the “Cadillac of vibrators” we all know and love, The Original Magic Wand. The Magic Wand has been a staple of the American orgasm diet for 30 years and it remains one of the most popular vibrators. It turns out over 95% of the Magic Wands sold on Amazon and eBay are straight up fakes. Wow! How do you know if yours is fake and how can you find a truly authentic product?

First of all, weeding out the real Magic Wands from the imposters can be especially challenging because of the rebranding that happened in 2013. Up until a couple of years ago the product was called the Hitachi Magic Wand. The old Hitachi wands have a model number of HV-250R and the new ones are HV-260. When the name changed from Hitachi Magic Wand to Original Magic Wand, the wand design stayed the same except for the button and front plate. This means an authentic Magic Wand manufactured recently will look slightly different than one you’ve had for a few years. See the differences in the picture?

The old Hitachi Magic Wand is on the bottom and the Original Magic Wand manufactured after June 2013 is on top. Aside from the wording on the switch plate and the high/low indicators changing from dots to lines, everything else is exactly the same.

To make it even more difficult, the fakes are pretty believable at a glance. Aside from a few minor details they are near identical to the genuine product. Here are some tips to help you spot a counterfeit Magic Wand:

You might be dealing with a fake Magic Wand if . . .

My number, 11914, on the bottom of my Magic Wand circled in pink

The fake Hitachi is on top and the genuine product is on the bottom. They seem similar but if you look closely, you can spot subtle differences, the most obvious being the switch and plate. If you took these apart and looked on the inside, however, there would be a world of difference! Your genitals would also be able to spot the imposter in a heartbeat.

These tips are going to help you if you already have one and want to prove its authenticity or if you plan to buy in a brick and mortar store where you can fully inspect what you’re purchasing. But what if you are buying online? How do you know you are getting the real deal? Just because a retailer posts a picture that looks legit does not mean that’s the actual product you will receive.

First of all, steer clear of sites like eBay and Amazon. Secondly, make sure you are buying your wand from an authorized Magic Wand dealer. There are only a small handful of authorized dealers online so it’s important you find one. Maxiwand is one I recommend and trust.

So what if you’re fine with your Magic Wand but want to buy one of the other thousands of great vibrators online, how do you know they aren’t cheap knock-off sex toys? Follow a similar strategy as you would with the Magic Wand. Stay away from Amazon and eBay and go with well known names in the industry. You will have the best chances of getting the real deal by either buying straight from the manufacturer’s website or from a trusted, well known, online sex toy retailer.

I know a good deal can be tempting but go ahead and spend the extra few dollars to buy genuine sex toys. Your genitals deserve it ;)
p.s.  I know I have quite a few readers in the UK and you may be pretty bummed you can’t get an authentic Hitachi on your side of the pond. Have no fear! I have a great alternative for you. The UK Wand has incredibly similar specs to the Original Magic Wand and is 220v-240v so it’s compatible with UK electricity. It’s got all the power plus a few additional features the North American version doesn’t have (like 10 speeds/vibrations and a removeable head– I’m kinda jealous!). Granted, I haven’t used one myself being a North American gal but I’ve heard wonderful things about it. Enjoy!