Last night I hosted a 50 Shades of Grey Book Club at the Elmwood Park Public Library.  I’ve hosted other 50 Shades book clubs but this was my first at a public library.

What a wonderful turn-out!  This was the largest book club audience the library had ever hosted!  I was very much taken aback by the diversity of the attendees as I watched them casually stroll through the door at the beginning of the evening.  The age range was from people in their 20’s to those in their 70’s.  There were men, women, singletons, married folks, vanillas, kinksters, those of various sexual orientations and gender identities, people who loved the book (and read the whole series), people who hated it, and everywhere else in between.  It was truly amazing to see all of those folks come together and intelligently discuss a topic and book so many others deem as taboo, indecent or inappropriate.

As always, I learned a lot last night too.  Every 50 Shades discussion I gain a new perspective or different spin on something I hadn’t heard before.  I owe many thanks to all who attended for allowing me to learn a bit more about the infinite facets of interpersonal relationships and human sexuality.

I walked away from the Elmwood Park Public Library with warm fuzzies.  I truly LOVE my job!

Also, immense gratitude to Shawn Strecker, the library director, and her wonderful staff.  Thank you for recognizing this book as something other than smut.  20 million U.S. copies (and counting) sold is nothing to sneeze at.  Fifty Shades of Grey has had a huge impact on millions of readers. Whether the impact is positive or negative is up for much debate— which is one of the many reasons 50 Shades of Grey is worthy of being discussed in a literary setting.  Thank you, Elmwood Park Library, for being progressive and setting an example for other libraries to follow in your footsteps.

p.s.  If you’d like to host a 50 Shades book club at your library, book store or private book club contact me via email at [email protected] 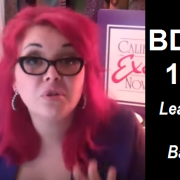 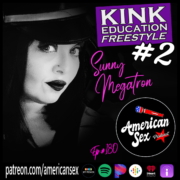 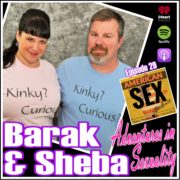 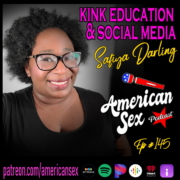 Happy Bisexuality Day! Why is it so Hard Being Bi?
Scroll to top