Blog - Latest News
You are here: Home / Sexual Identity & Empowerment / LGBTQA / Happy Bisexuality Day! Why is it so Hard Being Bi?

I dig everyone– dudes, chicks, people whose plumbing traditionally matches their gender, those who don’t match and everywhere in between.  Some may call that bisexual, some pansexual and some queer.  Whatever label you choose for yourself ultimately doesn’t matter.  What matters is we’re all in the same boat and should support each other.

It’s hard to be multisexual for many reasons.  I knew I wasn’t just attracted to men pretty much from the time I started developing crushes on people in elementary school.  I denied it until a few years ago.  I couldn’t bring myself to say it out loud.  I couldn’t wrap my head around it and come to grips with the fact I wasn’t like everyone else.  Being non-monosexual is difficult.  Many of us feel alone and like we have no one to relate with or look up to.

Here are some of the mental and societal road blocks that kept me from being comfortable with who I was:

1.  I thought I had to be either gay or straight and couldn’t be both. I had no bisexual role models growing up (and not many even now).  Being a teenager during the 80’s I knew lesbians existed but I didn’t think I knew any of them.  They are super manly, right?  They hate men, right?  That clearly wasn’t me so I couldn’t be a lesbian.  I also liked boys.  I assumed if I clearly didn’t fit into one bucket (gay), by default I must fit into the other (straight).  I had absolutely zero bisexual role models.  They simply didn’t exist then— at least I wasn’t aware of any.  As a result, I didn’t think bisexuality was an option.

2.  If I’m bisexual I should feel absolutely the same about men as I do women.  When I hit college I found out bisexual people existed.  I tried to put myself in that bucket but assumption #2 stopped me dead in my tracks.  When I think of men, I think big and strong. Like many women, I like being made to feel small and protected by a man.

Back in college I still had very stereotypical views of heterosexual relationships (I hadn’t quite deprogrammed from all those Disney fairy tale movies yet).  When I thought of women romantically and sexually it was a totally different vibe.  A woman couldn’t be my “night in shining armor!”

Women are soft and smell good (I tend to be attracted to femmes).  They give me great feelings but certainly not the same as what I experience with men.  The emotional dynamic I have with men vs. women is very different.  I thought because my feelings and reactions to both sexes weren’t IDENTICAL that I couldn’t be bisexual. A real, genuine bisexual can interchange men and women— they are attracted to both sexes on an exact 50/50 basis, right?  I believed my differing emotional/sexual reactions meant I liked one sex more than the other, thus, making me not a TRUE bisexual.  Perhaps I was just a curious hetero and would have been “cured” if I had just experienced that “one drunken night in college” and worked it out of my system?

Now, looking back, I realize men and women are different to me and that’s okay (I also later found out gender was a spectrum. That there’s more than just male and female and those genders can apply to any human being no matter what genitals they have. But more on that later.).

Think of it like this:  I like cake, ice cream, crab legs and Kuma’s burgers all pretty much equally. Even though they taste very dissimilar and elicit different reactions out of me, I am confident saying I love them all.  Same with people– they don’t all have to be the same or make me feel the same for me to enjoy them.

3.  When you’re bisexual your gay friends think you’re confused and your straight friends think you’re confused.  No one takes you seriously.  Once I came to terms with with my sexual orientation, it was disastrous trying to explain it to everyone else!  Great. I finally figured out I didn’t have to decide between men and women but everyone else still expected me to make a choice! Lesbians thought I was really on their team, just not strong or confident enough to come out and admit it.  Heteros thought I just need to sow my wild oats because I never had “that one night in college.”  Both groups also thought I was a simple minded sex maniac who would hump a doorknob if I could.  Men weren’t enough for my voracious sexual appetite so I needed to tap into women too! *sigh*

4.  People think you are destined to a life of cheating because bisexuals are never sexually satisfied.  Back to one of the assumptions in #3: bisexuals are open to both sexes because they are sex fiends!  We can’t stay away from ANYONE’S genitals.  If I settle down with a guy, I’ll be destined to a life of misery because I’ll always fantasize about all the carpet I’ll never get to munch.  If I settle down with a chick, I’ll forever mourn the loss of cock.  Is there room here for another heavy sigh?

I don’t understand this rationale.  Being  attracted to other people does not mean I’m going to fuck them!  Straight chicks continue to like dick even after they enter a monogamous relationship.  Half the world has a dick.  Does that mean she won’t be able to control herself around anyone who has a dick?  This logic applied to heterosexuals seems ridiculous but it’s applied to multisexuals all the time.

This sucked for me the most when I was in a relationship with someone who had a jealous streak.  Suddenly every human being on the planet, including close, same-sex friends became a threat.  What a suck-ass existence that was.  No wonder I felt compelled to keep my mouth shut about who I was sexually attracted to.

5.  Other multisexuals ask: “What are you exactly? Bisexual?  Pansexual?  Queer?  Why did you choose the wrong label?! I’m offended!”  I hate, hate, HATE labels with a passion.  I’m not a label.  I’m me.  Often times I don’t exactly 100% fit the definition of my chosen label.  That makes me feel unworthy, like a poseur or like someone who isn’t self-aware.  Unfortunately, though, we have to choose labels so others can identify us.  Human beings categorize, that’s simply how we operate.

When I first came out, I chose the label bisexual (in all actuality I tried on “heteroflexible” for a while— baby steps!  This was a scary thing to do after 35 some odd years of being “straight.”).   I started getting questions from others in the multisexual community.  “Bisexual?  So you are simply attracted to men/males and women/females?  You’re reinforcing the stereotype that gender is not a spectrum.  Bi means two, male or female.  What about all the rest of us that don’t neatly fit into those labels? Thanks a lot, uncaring asshole.  Take your bisexual label and shove it.”

Then I started feeling bad I didn’t identify as queer.  That word has some great political affiliations among other things.  Would I best be serving my community choosing that label instead?  I was label confused!  TOO. MANY. LABELS.

I ended up settling on pansexual although I do still sometimes feel conflicted over the label I choose to identify with.  The reason I went with pansexual is, for many people in my age group queer simply means gay.   I find mainly only people involved in the sex positive community can correctly differentiate between gay and queer.  Because so many people still assume it means gay, they go on their merry way never inquiring further.  They assume I’m a lesbian and pass up the opportunity to learn something new.

I’m in the public eye.  It’s also my job to educate and open minds about sexuality and self-identity.  When I use the term pansexual it raises eyebrows.  “Pansexual?  Does than mean you like to fuck pans!?” (Watch the Laci Green video above for more on that).  Publicly identifying as pansexual is a great lead-in to explaining multi-sexuality and raising awareness.

One last note on that point.  Watch this video:

To recap:  Ritch is saying if you identify as bisexual it doesn’t necessarily mean you are snubbing anyone.  Yes, bi means two.  But hetero means different and homo means same.  It can be argued in this same context that bisexual doesn’t mean you like just males and females or, simply two.  It means you are of two orientations— you like people the same as you and people different than you.  In other words, you dig people of infinite categories along a spectrum.  I really like that definition!

So yep, I’m standing proud and saying I’m a bisexual (or pansexual, queer, multi-sexual, non-monosexual, someone who likes people the same and different than me, whatever you want to call me) woman.  If you identify as multi-sexual, I hope you’ll join me.  If you don’t identify that way, I hope you’ll stand in alliance with those who do.

I came out in my late 30’s and you know what?  My friends still like me, my family is chill, my partner loves me and my life hasn’t changed much.  The only thing that has changed is I’m MUCH happier!  I can be myself and I no longer feel weird or ashamed of the desires I have.

Hopefully, if you find yourself in the same boat, you are becoming more aware of role models you can easily identify with.  Don’t obsess over the label you choose or let it make you feel less than worthy.  In the Laci Green video above, she reminds us “we define labels, labels do not define us.” *LIGHT BULB!* Spend less time being preoccupied with labels and simply enjoy your life.  Be proud of who you are and who you love.

p.s. If you’re in the Chicago area, party with the folks at Center On Halsted for Bisexuality Day on Sunday, September 23rd 2012 .

And then watch this video by Willow Smith.  She’s only 11 but damn— GOOSEBUMPS.  The message is very fitting.

p.s.s. Please leave some comments. I’m very curious to know how you view various multi-sexual labels.  What connotations do they hold for you and which do you think are the best to use?  The jury is still out on that one and I still go back and forth with my labels! 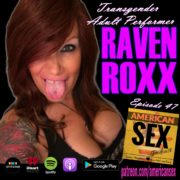