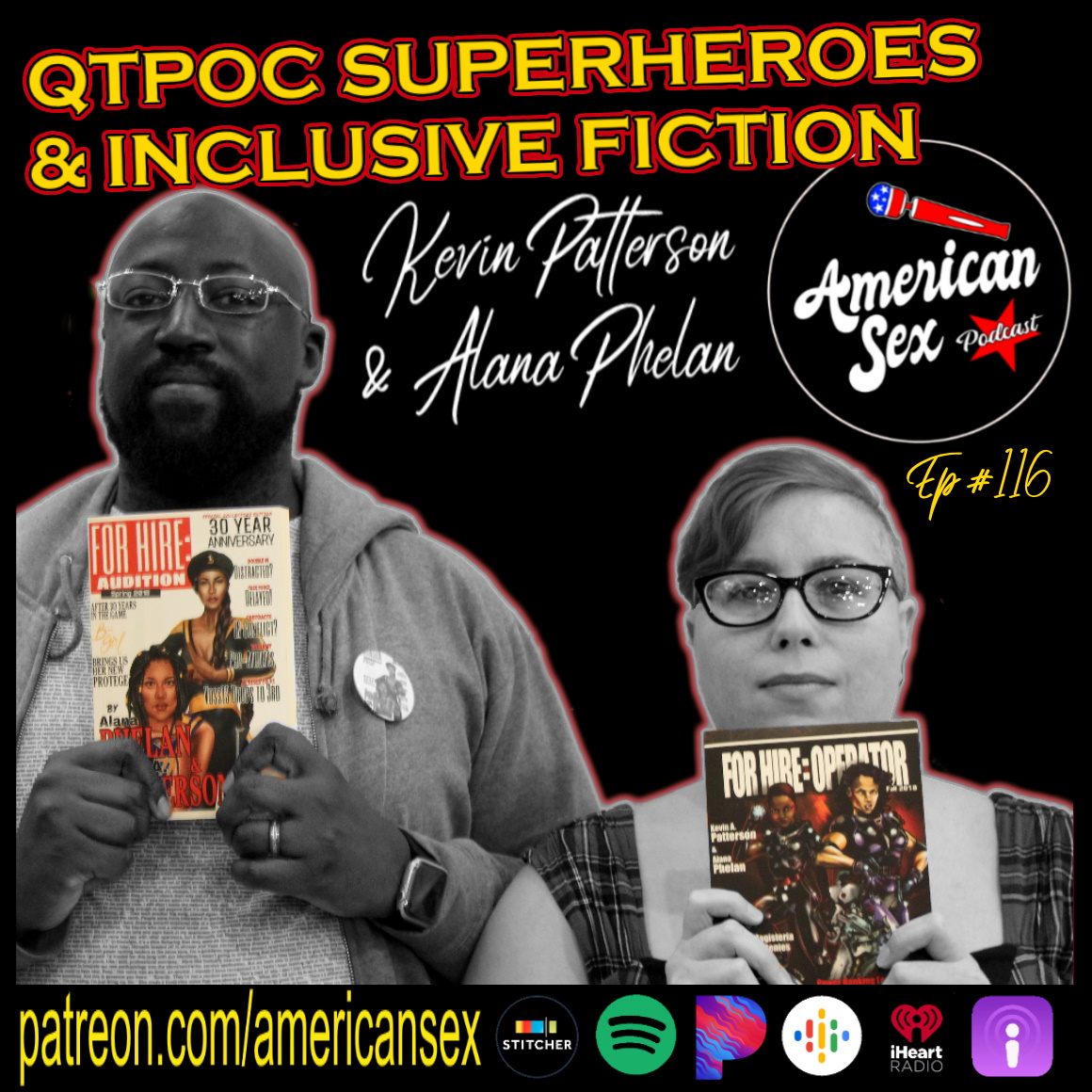 On Episode 116 of American Sex Podcast, Kevin Patterson & Alana Phelan, authors of the For Hire series, talk about the queer superhero universe they created. We also discuss why centering marginalized voices is important in fiction, how Harry Potter fans are handling the JK Rowling TERF situation, why books like Fifty Shades of Grey and Anne Rice’s Beauty Series positively changed our culture while still perpetuating harmful stereotypes, and how positive representation in media can change the world. The pair also tell us about being awarded and Effing Foundation Grant and their upcoming non-fiction book about cautionary polyamory.

Alana Phelan is a writer, editor, and librarian. After dipping in and out of non-monogamy over the last twenty-plus years, she decided to commit to polyamory about six years ago. She then helped organize meetups in Philadelphia, New Jersey, and Connecticut, and started the Polyamory Hub of Philadelphia to help local groups find resources more easily. She now houses and helps run a small lending library for the Philadelphia polyamory community and uses her experiences, good and bad, to help others as The Polyamorous Librarian.