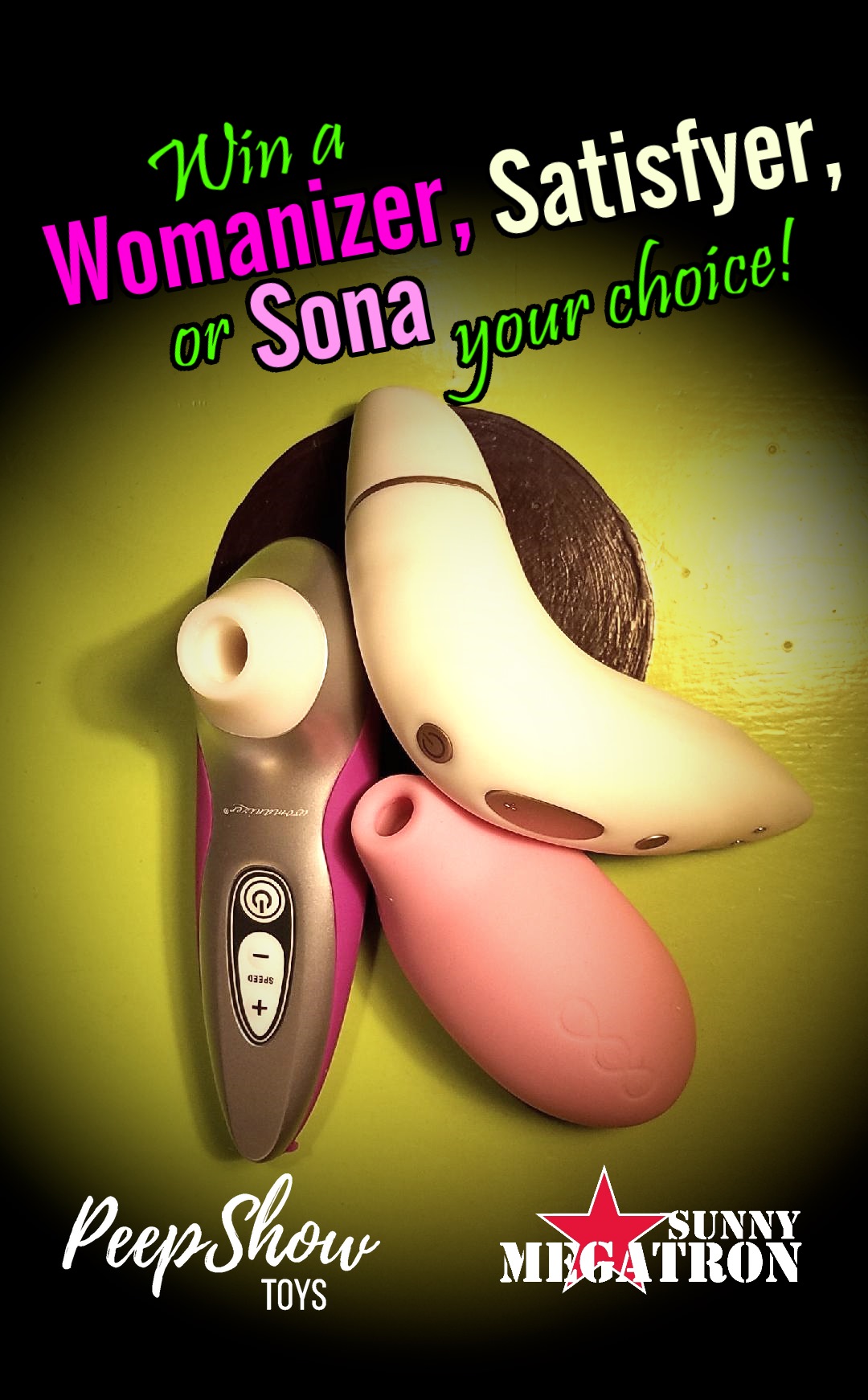 I am so excited!!! PeepshowToys.com sent me the latest versions of some of the hottest pleasure products on the market– The Womanizer Pro40,  Satisfyer Pro Plus Vibration, and Lelo Sona to compare and contrast on your behalf. On Tuesday, April 3rd I did a facebook live stream on my page here: Facebook Live Stream about these toys. During the stream I answered questions to help viewers figure out which one may be right for them.

Peepshow Toys and I are soooo stoked about this new, best-selling category of sex toys (they really are pretty amazing and feel very different than traditional vibrators), we’ve also decided to give one away to you! Starting Tuesday 4/3, running the entire month of April, I’m hosting a giveaway where you can win one of these toys from peepshowtoys.com. Which one can you win? It’s your choice!

We’ve also got a couple of really neat entry methods worth quite a few points each to really bump up your chances of winning. The first is, we’ve got questions that ask you for one of two secret words. You can learn the first secret word by listening to American Sex Podcast. I’ll mention it in the intro of every episode we air during the month of April (a new episode comes out every Monday– 4/2, 4/9, 4/16, 4/23 and 4/30). 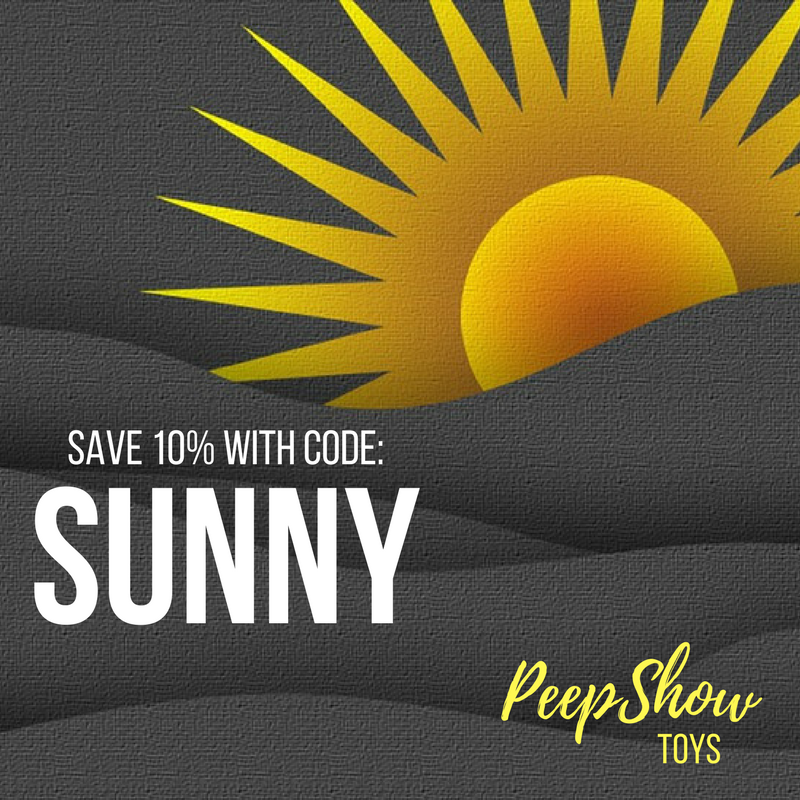 The second secret word I mentioned during my facebook live stream from Tuesday 4/3/18 (I also unveiled a deep discount during my live stream on one of these toys that’s only valid for a limited time — so make sure to tune in!).

Another question on the giveaway widget below that will score you bonus entry point is– what should this category of toys be called??? Dual stimulators are widely known as “Rabbit Vibrators,” small hand-held toys are universally known as “Bullet Vibrators,” — but what should these be known as? They don’t vibrate so they aren’t vibrators. Some use air pulsing technology while others use sonic waves, so that’s hard to pin down in a word or two. The closest we’ve got to a category name is, “Clitoral Pulsators,” however the sex toy industry is moving away from phrasing that implies gender (This type of toy is popular with trans men, for instance. They may not refer to that part of their body as a clitoris). So we’re stumped! Do you have an idea? Help us brainstorm a name and fill in your suggestions in the appropriate slot in the widget below.

I’ve also got one other special thing for you to pass on from Peepshow Toys that you can take advantage of any time– 10% off your order when you use code SUNNY at checkout. 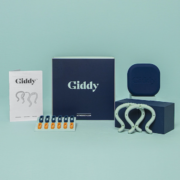 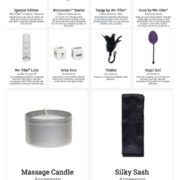 Take Our Podcast Listener Survey & Win $350 Worth of Goodies! 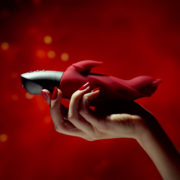 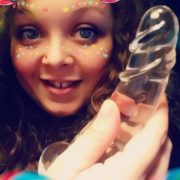 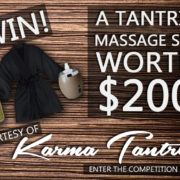 Kara Cooney, Egyptologist: From the Bedroom to the White House, Lessons from...
Scroll to top