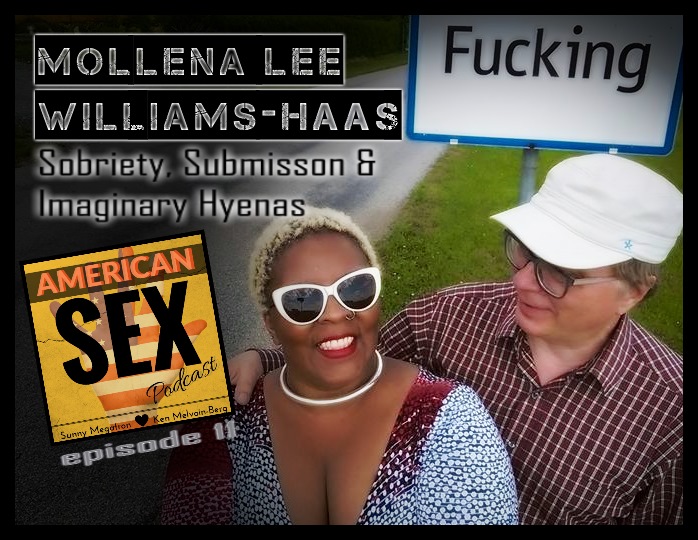 Mollena & Georg in the town of Fucking, Austria (yes, it’s a real place!)

A professional stage performer since the age of 5, Mollena’s credits include singing on the soundtrack for the movie The Wiz and co-starring with Danny Bonaduce in the underground cult-classic America’s Deadliest Home Video. Her short film, IMPACT, won the “Cinekink’s Best Experimental Film Award. Mollena’s latest performance piece is Hyena, a collaboration with her husband. They are also both the subject of an upcoming documentary called The Artist and The Pervert (trailer below). Mollena also appeared on Sex with Sunny Megatron on Showtime in a segment on race play.

The Artist & The Pervert Trailer