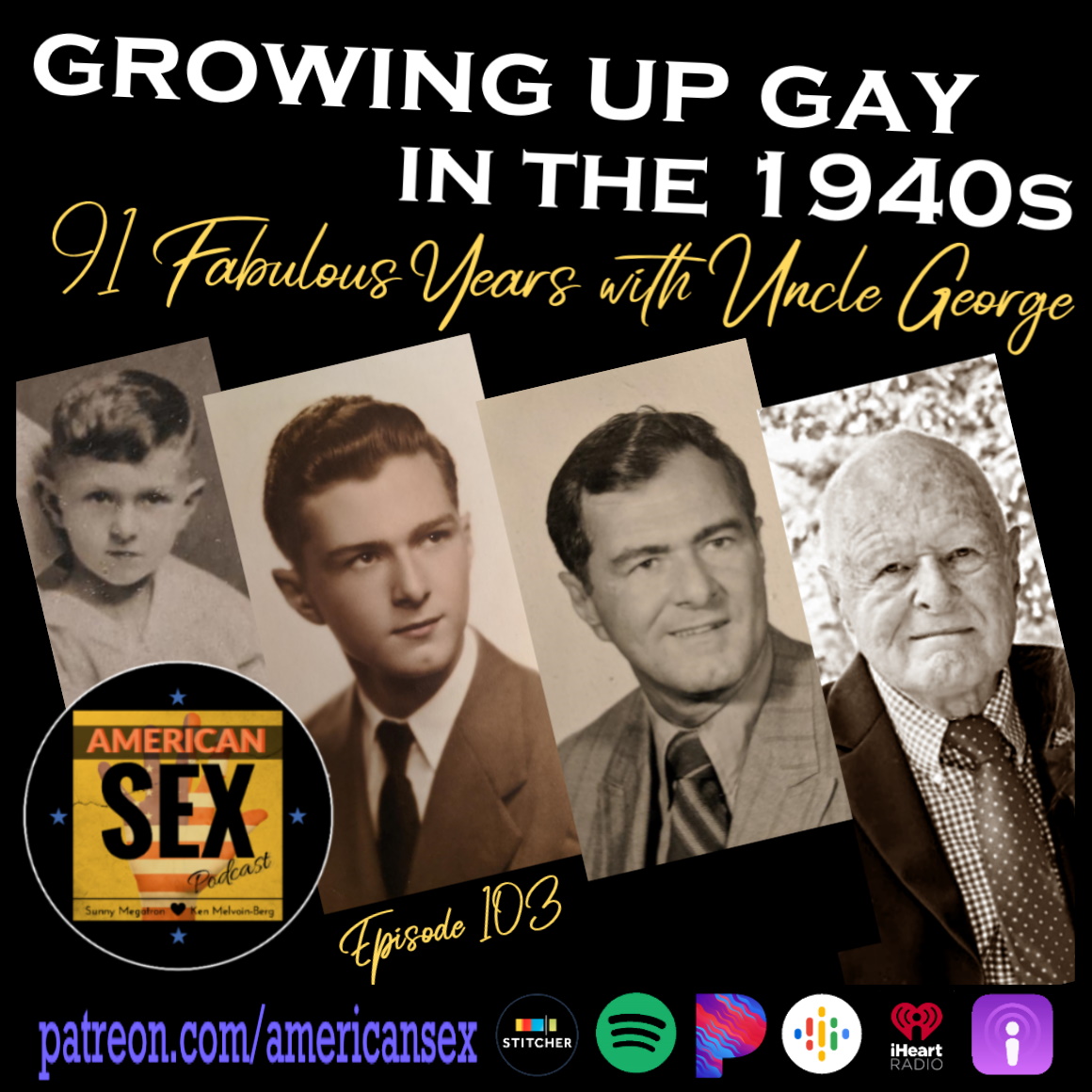 This week’s episode is a personal one. We talk to Sunny’s 91-year-old Uncle George. He tells us what it was like growing up as a gay man in Chicago in the 1940s. This was when being ‘homosexual’ was illegal and frequenting gay bars and meeting places could result in jail time. George traveled to dozens of countries throughout the mid 20th century, some more accepting than the US and others downright dangerous for gay travelers. An incident in South Africa almost landed him in prison for murder! George recounts living through the AIDS crisis and losing dear friends, how acting conservative with those he was out to ensured his security, the pain of having to hide his lifestyle & partners from family, the very first pride parades, his opinion on LGBTQ+ issues today, the struggles gay elderly people face, brushes with gay celebrities in the golden age of Hollywood, and more. Oh, and he has some choice words for our president too.

Uncle George was born on Christmas eve 1927. He grew up in Chicago and was the son of a single mother. During the depression, they fell on hard times so George and his mom moved in with her sister, Helen, and her husband and son, both named Joseph. George and little Joseph were raised together like brothers. This is why he later became “uncle” to Joseph’s children and grandchildren. Technically Uncle George is Sunny’s first cousin twice removed. George knew he was gay from an early age although he didn’t really know what that meant or that he wasn’t the only one. Entering adulthood he dated men and was very sure of his sexuality.  He was drafted in the army shortly after WW11 and again drafted for service in the Navy during the Korean War. Afterward, Goerge took a job in corporate sales at Lufthansa Airlines which enabled him to travel extensively both for business and recreation. Although he kept his residence in Chicago until he was 90, Uncle George frequently traveled to gay-friendly (and a few not so friendly) destinations all over the world. Retired since the early 1980s he continued his travels until he moved to Las Vegas to live with Sunny & Ken.

Butt Stuff for Everybody with Tristan Taormino – Ep 104 American Sex ...
Scroll to top