Although faces will be blurred, it is unclear whether other identifying marks like tattoos will be obscured (they were not blurred in the promos). It is also unclear if the name/location of the venue will be revealed.

This promotional segment on “Dungeons of Debauchery” has already been airing all day.  Note, the clip includes audio and clear below the neck views of some party goers.  I am at odds with whether or not to link to this clip.  I decided to go ahead because it’s important for us to see how this subject is being portrayed.  My outrage didn’t fully kick in until I saw this video with my own two eyes:  Detroit’s Dungeons of Debauchery.  The text below the video reads “Are there dungeons of debauchery in quiet, local communities?  Wait until you see what Defender hidden cameras reveal!”

UPDATE:  The promo clip that failed to properly obscure the identities of party goers has been removed from Channel 4’s website.  The full story has aired and can be seen HERE.  The undercover scenes are dramatically different from the promo and the focus of the story was changed, likely due to the public outcry spearheaded by the kinky community.  The story was originally called “Dungeons of Debauchery” and is now “Bob Bashara’s Alternative Lifestyle.”  The station also blurred out entire bodies instead of partial faces. Unfortunately, the station did name the venue.

I’m well acquainted with the media from both sides.  I made my living buying broadcast media advertising time for 17 years.  I understand how ratings work and how vitally important they are to a stations bottom line.  I was also the subject of a sex scandal media shit-storm last year.  The Northwestern Sex Demo Scandal was international news and turned the lives of all involved upside-down.  Before the scandal I was “out” but only to a select, small audience.  Thanks to irresponsible journalism and the quest for ratings via sensationalistic reporting, I was outed on a world-wide scale without my consent.  Jobs were nearly lost, family tension mounted and friendships were broken apart.  I also lost all faith in fair, balanced media reporting.

Through that ordeal I repeatedly thanked my lucky stars I didn’t work in a conservative environment or live a life that forced me to hide my sexual inclinations from neighbors, community groups or fellow church parishioners.  If I had been facing a divorce or custody battle I would have been screwed.  My entire life– kids, family, friends and finances– could have come crashing down over what? Ratings?  Ad sales?  It was a trying time but I was still thankful I didn’t have it worse.

I host Weird Chicago Sex Tours and teach adult sex ed classes across the country to an audience who ranges mostly from “mildly kink curious” to straight up “vanilla.”  I sometimes wish I could allow the rest of the United States to be a fly on the wall during some of our classes and tours. The typical suburban 20-40 something adds quite a bit of extra spice to their love making.  Acts like spanking, choking, hair pulling, role playing, light bondage, threesomes, foot fetish, outdoor sex, objectification, power exchange, male/female anal play and bisexuality are surprisingly not the exception among “average, normal, vanilla folks.” These types of activities tend to be the rule for those who don’t consider themselves kinky.  Surprising?

Forms of alternative sexual expression are routinely practiced by your neighbors, friends, passers by, parents and those that are the quickest to call the rest of us “freaks.”  As long as the acts are consented to by all parties, it’s none of anyone’s business what we do in our bedrooms or at private gatherings.

Sadly, discrimination against individuals who engage in alternative sexuality runs rampant. People lose their jobs for belonging to leather clubs, are physically assaulted for being members of the swing community, loose custody of their children because they engage in consensual rough play in the bedroom with their partner, are ostracized by community members for not conforming to the standards of monogamy and are denied rights for loving someone of the same sex.  Read just a few of the cases of sexual discrimination the NCFS has been involved with.  Those are just the tip of a giant iceberg.

The Detroit Channel 4 news segment was a clear violation on many fronts.  The legalities of the taping are currently being examined. Whether it is determined laws have been broken or not, a community may be shattered. Moving forward, people will be discouraged from seeking out established groups and gatherings and that directly compromises their safety.  By avoiding situations and locales for fear of being outed, people won’t receive the education or personal references they need to safely explore S&M play.

If you are as outraged as I am, please take a moment to contact Detroit’s Local 4 Investigative reporters and let them know how you feel. 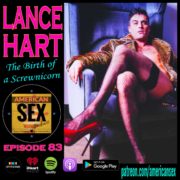