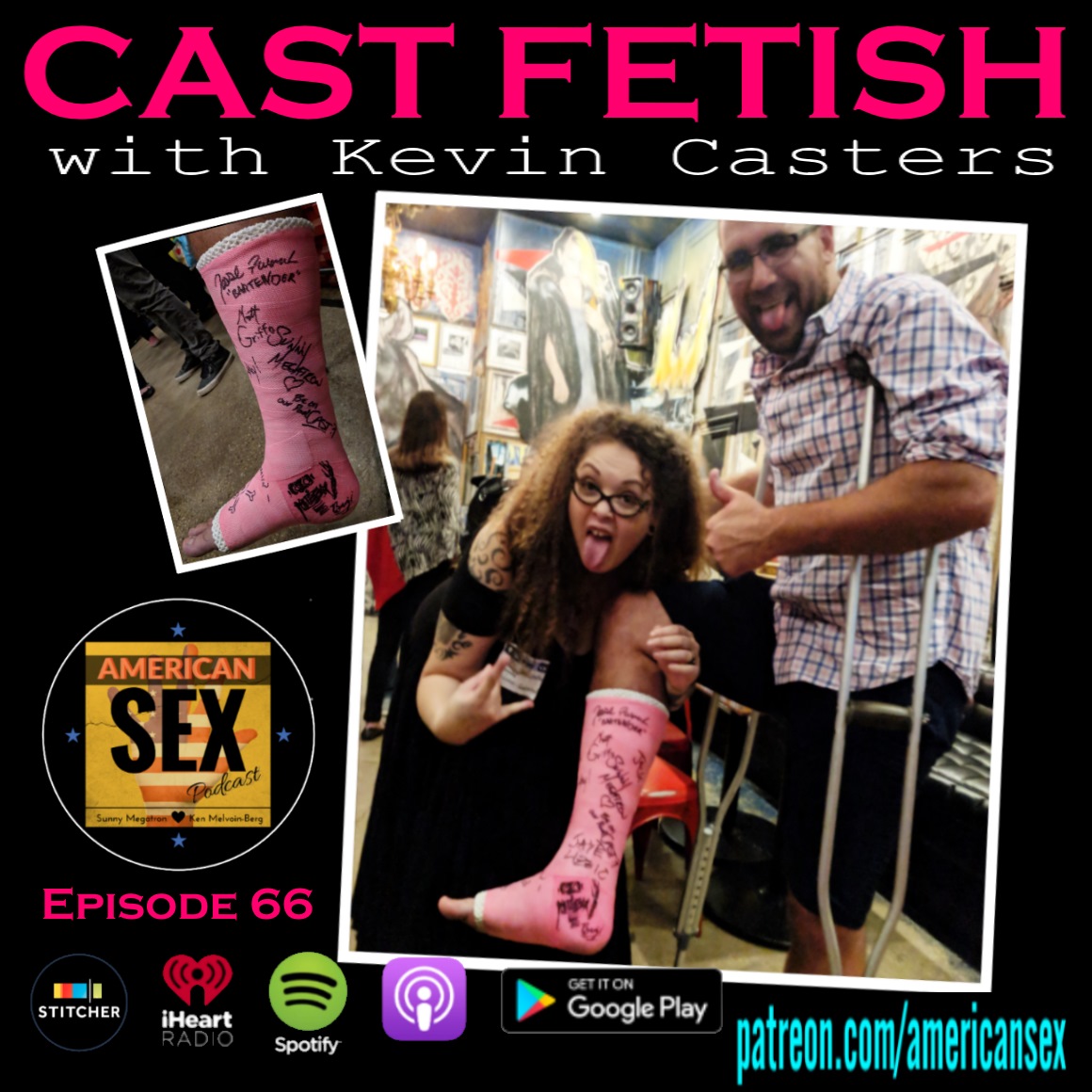 Kevin Casters is a casting fetishist that lets us into his fascinating world. He tells us why he believes casts turn him on and how his fetish manifested, about the underground casting fetish community, the dominant/submissive aspect of casting, how much money he spends on his hobby, the different ways he plays out his fetish, what part of casting has sexual components, boudoir casting fetish photo shoots, casting mishaps, his feature on the TV show My Strange Addiction, and more. Over on patreon.com/americansex Kevin tells us he learned the hard way to be upfront and honest about his kinks. Dixie De La Tour of Bawdy Storytelling joins Sunny in the intro from PatreCon plus a listener sets one of the podcast’s recurring jingles to music.

You may have seen him on the tv show, My Strange Addiction, showing off his creations. Kevin Casters, is a 31-year-old casting fetishist living in the Chicago area. We’re talking the kinds of casts usually meant for broken limbs. Kevin says he loves being casted and casting other people and sex in a cast is pretty epic too. He also loves random conversation with people in public about casts.