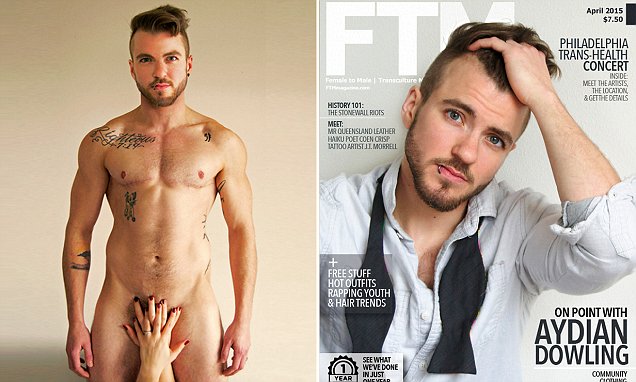 Transgender visibility in the media has increased greatly in the last couple of years. Transgender man Aydian Dowling may become Men’s Health Magazine’s “The Ultimate Guy” of 2015. One of the most acclaimed television shows of 2014 was Transparent which revolves around a transgender woman’s transition. Public figures like Janet Mock and Laverne Cox continue to move the conversation about transgender identities forward. Last week Bruce Jenner announced his* transition in a Diane Sawyer interview which gave this important movement additional momentum.

According to recent data collected by the HRC 22% of Americans personally know someone who is transgender and that number is steadily growing. Many of us, however, are still confused about what being transgender means. It’s important we all get up to speed so we can support this growing community. After Bruce Jenner made his* announcement, more and more people are asking, “What does it mean to be transgender?” This simple transgender 101 will help get you started:

Gender and sex are two very different things. First you have your sex, that’s what’s between your legs. For most of us (with the exception of some intersex folks), we either have a vagina or a penis. When we’re born the doc takes a look at what we have down there and labels us either a boy or a girl.

Gender, however, has nothing to do with our genitals. It’s in our brain. Our brain tells us what gender we identify as. Some of us feel like men, some like women, some like a little of both, and some neither. That’s the cool thing about gender– it’s a spectrum with male on one end, female on the other and all of us living at an infinite number of points in between. Some people who don’t identify as solidly male or female but instead fall somewhere else on the spectrum prefer the label genderqueer.

What does transgender mean?

People who do not identify as the gender they were assigned at birth are called transgender. For instance, if you were born with penis but feel more like a woman or you were born with a vagina but identify as a man, you’re considered transgender. This isn’t a new phenomenon. Transgender people have existed as long as humans have, however, it’s only recently that they have gained mass support and visibility.

On the flipside, people whose assigned gender matches their sex are called cisgender. As an example, if you were born with penis, called a boy, and have always felt that label fit your gender identity, you’re cisgender.

Not necessarily. A persons sex and gender do not determine their sexual orientation. The transgender population consists of some gay, some straight, and some bisexual people just like the cisgender population does. One of the best explanations of this I’ve heard is, “being transgender has nothing to do with who you want to go to bed WITH. It’s all about who you want to go to bed AS.”

I’d like to point out that just as gender exists as a spectrum and can be fluid so does sexuality. You can read a bit more about that here. I also touch on it in this article about my own bisexuality.

What about the genitals?

Because gender and sex are two different things, a transperson does not have to have gender confirmation surgery to be considered “complete.” Some choose to have it and some never do. Remember, sex (what’s in your pants) and gender (what’s in your head) are two separate things that don’t have to match. That means some men have vaginas and some women have penises and are completely happy with them. Also, who has what down below is only their business. It’s considered very rude to ask a transgender person what their genials look like.

Always address a transgender person by the pronouns they want used. They may use he, she, or more gender neutral words like they, or ze. This pronoun chart is helpful. Words like “tranny,” “transvestite,” “he/she,” or “she-male” are considered insulting slurs and should never be used. Additionally, the term transgender is not a noun. People should not be referred to as “transgendered” or “he is a transgender” but instead as “a transgender person” or “trans person.”

Also, it’s not necessary to call out someone’s transgender identity unless it’s pertinent to the conversation and should never be done in situations where you are outing someone without their consent. As an example, Laverne Cox is a woman just like I am a woman. In general conversations I call her a woman. I only find it necessary to designate her as a transgender woman when I am talking about her activism or something else that makes that detail important. When I do that I’m not disclosing information she wants kept private because being transgender and talking about it as a means to educate is part of her public persona.

There’s so much more!

It’s important to remember that everyone’s transgender experience is different. For that reason we can’t jump to conclusions like assuming all transgender people will eventually have certain surgeries, have a particular sexual orientation, type of genitals, way they have sex, etc. Also, this landscape is constantly changing. Terminology that is acceptable today may not be next year.  The best thing we can do is continue to be respectful, listen, and validate our transgender friends and family members. We can also take it upon ourselves to learn more about the transgender experience so we can become better allies. Here are a few great resources to start with:

I highly encourage you to read on and to make sure to use resources written by transgender people. While this article may be a good starting point, it certainly isn’t an end-all-be-all.  Also, being a ciswoman, there may be certain points I missed because I have not had the same experiences as a transgender person. There are some great resources out there and what’s above can get you started. If you know of particularly helpful resources and are willing to share, please leave them in the comments below.  Continue educating yourselves, friends!

*Bruce Jenner is referred to as “he” because at the time of this writing Jenner said that although he identifies as a woman, he still prefers male pronouns. Jenner indicated he will likely adopt female pronouns at some point in the future.

The original version of this article first appeared on Club CalExotics.