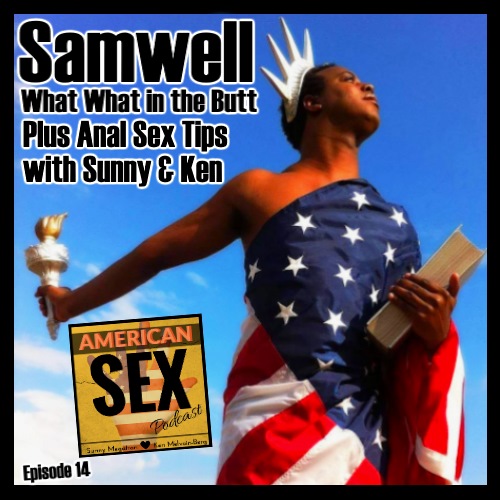 Image from Samwell’s video for the song “Just Be Free”

Samwell was propelled into internet infamy in 2007 when his song and video, What What (In the Butt) went viral. With over 80 million views, it was parodied on South Park, and he’s made appearances on popular TV shows like and Lily Allen and Friends and Tosh.0 where he sang an acoustic version of the song with Josh Homme from Queens of the Stone Age. Samwell was raised in North Carolina and growing up gay and black in the south was not without its difficulties. Currently, Samwell just released a new cooking series Sizzling with Samwell on the DigitalCanvas.xyz social network and is gearing up to release his new song, Dirty Nasty Naughty Boi.

p.s. Please don’t forget to rate us on iTunes and  Stitcher. And if you really dig us, consider contributing to our Patreon page. All Patreon subscribers get our episodes early for as little as $1 per month. Contributors also get brand new, monthly content and full episodes made exclusively for Patreon supporters. Thanks!

Beginner Bondage: Honey, Can We Get a Little Knotty Tonight?
Scroll to top