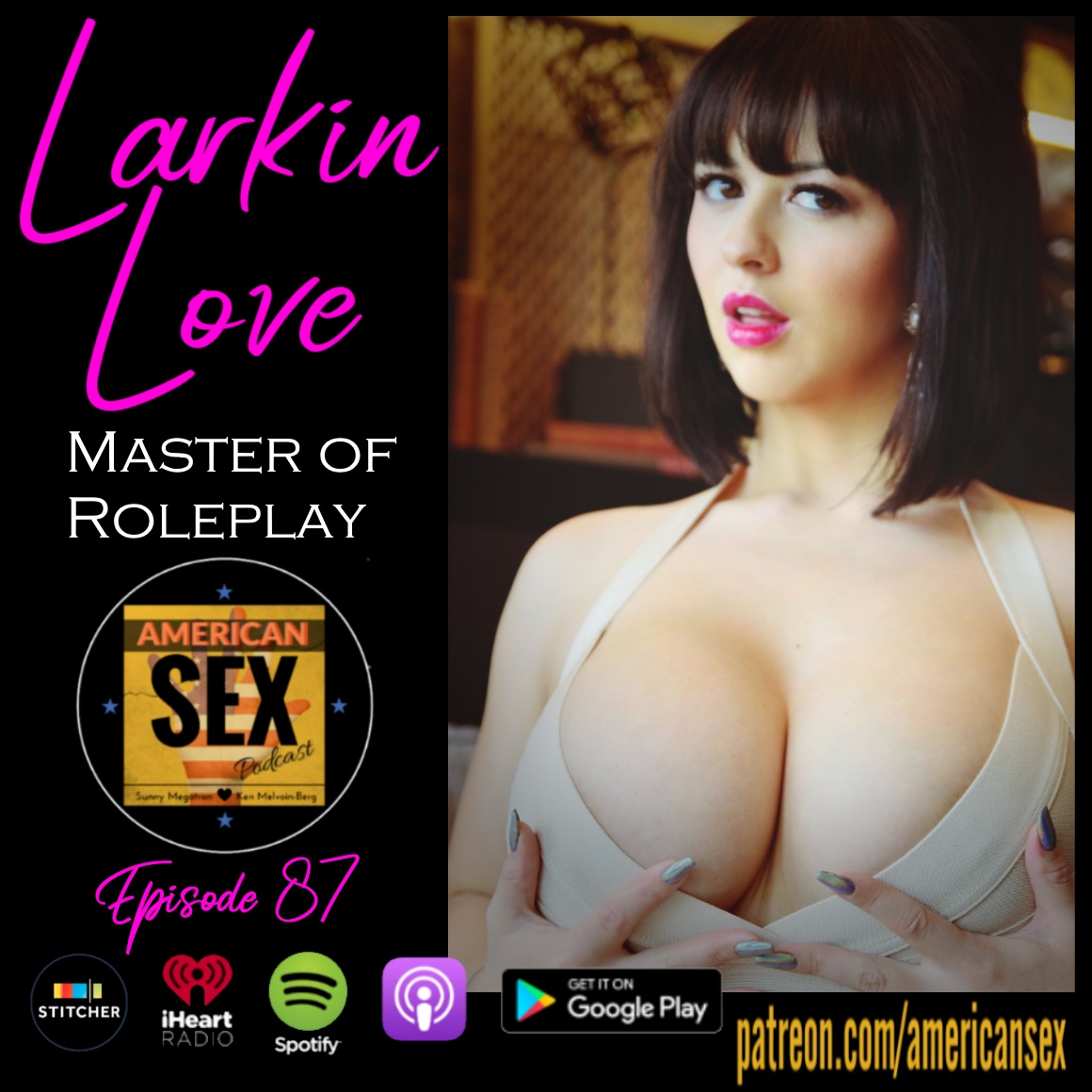 Adult star, Larkin Love, is our guest on ep 87 of American Sex podcast. Ken has a few red-cheeked fan-boy moments and Larkin delves into quite a few important topics: the psychology of mommy domming; the taboo nature of incest play and her insecurities when first exploring that part of herself; the censorship of taboo fetishes on adult sites and how she and other performers are dealing with it; the business behind establishing an online fetish identity & marketing yourself; body shaming and dealing with overly critical fans and followers; her incredibly creative and amazingly bizarre custom clips like the classic “Epic Space Wank” and more.

Known for her 32J breasts and fierce black bob, Larkin Love has gone from adult star to self-made entrepreneur running her own website and becoming the queen of the clips universe. Her clips and website feature her as the master of role play and always the chameleon going from to kinky mom to librarian to cosplay characters like superheroine Power Girl and League of Legends Ahri, and more.

Larkin was a librarian and holds a Bachelor’s in Psychology. She started in adult as a stripper and nude model. In 2011, she leaped into hardcore, working with all the top-shelf studios and racking up multiple AVN nominations. In 2018 she won the triple crown for Best Clip Artist from the Altporn Awards, XBIZ Cam Awards, and Inked Awards, as well as grabbing nominations from the Inked Awards, AVN Awards, and Pornhub Awards. She’s graced the covers of Hustler Taboo and Altstar magazines, was spotlighted as the centerfold and feature in Leg Sex Magazine and Hustler’s Taboo, and scored mainstream coverage with Complex.