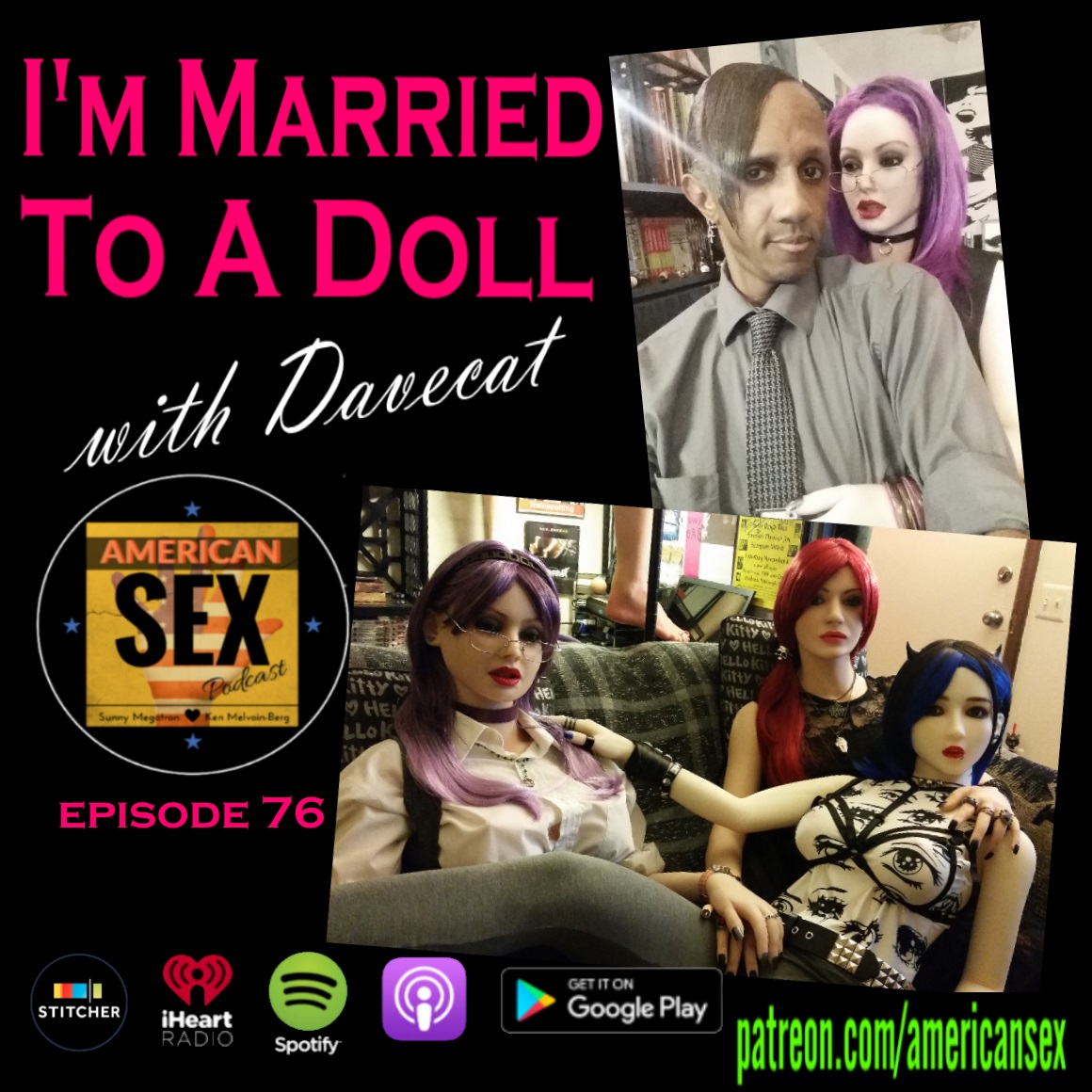 Get ready for a memorable blast from the past. We revisit an early American Sex podcast guest conversation with Davecat. Davecat’s wife, Sidore, is a doll– meaning, she’s not just a sweetie, she’s actually synthetic! Happily coupled for 17 years, they also live with their mistress Elena and her partner Miss Winter. Davecat considers himself an iDollator because all three women in his life are dolls. You may have seen him on My Strange Addiction, the BBC Documentary Guys and Dolls, or other shows. Davecat sat down with us to give us a peek into his very unusual but seemingly average polyamorous life. We find out the real reason behind Davecat’s preference for Synthetik partners, what day to day life is like in their household, how his family and friends feel about his lifestyle, his beautiful plans for his dolls after his death, and more.